What is Lyme Arthritis?

Lyme arthritis, which is characterized by joint swelling and pain, is a condition that describes the most common advanced stage symptoms of Lyme disease, a bacterial infection spread by deer ticks to humans. Based on a study published in the Arthritis & Rheumatology journal, around 60% of people with unidentified, untreated Lyme disease develop Lyme arthritis.

How Common is Lyme Arthritis?

Lyme arthritis is estimated to affect approximately 33% of people with Lyme disease in the U.S., and between 3% and 15% of individuals with Lyme disease in Europe. Multitudes of studies have linked this condition with swelling and inflammation mainly of big synovial joints, with the most affected areas being the knee and ankle.

Children are the most susceptible to Lyme arthritis due to the high amount of time they spend outdoors in environments inhabited by ticks. Peak incidences are highest in children aged between 2 and 5 years, and in adults aged over 50 years. Although deer ticks are active between April and October, Lyme arthritis may begin at any time of the year because of the long and unpredictable time between the bite by an infected tick and the commencement of joint swelling.

What is the Cause of Lyme Arthritis?

The actual cause of Lyme arthritis is Lyme disease. This disease develops when deer ticks carrying borrelia burgdorferi bacteria bite and infect humans. After the bacteria have been introduced into the human body, they multiply quickly, spread around and attack other body parts like the joints. Once that occurs, the joints, especially bigger ones like the knee and ankle, swell and become painful. Later stages of Lyme arthritis symptoms usually appear after the early stages of Lyme disease symptoms, like rash and fever, have disappeared.

Is Botox Therapy an Effective Treatment Option for Arthritis?

2 years ago| by Miles Martin

Botox injections for arthritis are an FDA approved treatment option to help prevent arthritic pain. Learn more to find out if it's the right option for you.

What are the Primary Symptoms of Lyme Arthritis?

The primary Lyme arthritis symptoms are joint swelling and discomfort, which results in effusion and movement difficulties in the affected joint(s). Significant swelling usually occurs with little to no joint pain. The knee is the most commonly affected joint, but other joints in the body may be affected as well.

How is Lyme Arthritis Treated?

This infectious bacterial disease is treated with antibiotics. Over 80% of people with this disease are healed after taking one or two courses of antibiotics. In approximately 10% to 20% of patients, when an additional course of antibiotics does not work, doctors usually opt for anti-rheumatic treatment.

Once the patient has completed the antibiotic treatment, it is advisable to wait at least six weeks to see if the treatment will work. If it does not work, another course of antibiotic treatment may be provided. If arthritis is still ongoing after the six weeks the second treatment with antibiotics has been completed, anti-rheumatic medications may be administered. Most doctors usually prescribe non-steroidal, anti-rheumatic medication and may inject corticosteroids into the arthritis-stricken joints, especially the knee joint.

Doctors may prescribe oral antibiotics for a month or intravenous ones for not less than two weeks. If patients are finding it difficult to comply with amoxicillin or doxycycline (strictly prescribed to patients aged more than 8 years of age), intravenous treatment with either cefotaxime or ceftriaxone may prove helpful. Treatment with antibiotics comes with a few mild side effects, such as nausea, vomiting and diarrhea.

In parts of Europe and the U.S. where ticks are prevalent, it is hard to keep kids from getting bitten by tick(s), especially when they are outdoors, but for the causative organism to be transmitted to the host (the human body), the tick must remain attached to the host for up to 24 hours. So, children should be inspected each evening during the summer and any attached tick(s) removed right away to prevent transmission of the causative organism.

The use of antibiotics after a tick bite as a preventative measure is not recommended, but when the early signs of erythema migrans are detected, antibiotic treatment should be commenced. This treatment will kill the bacterium in its early stage and prevent development of Lyme arthritis.

Lyme arthritis should go away after proper treatment with antibiotics. If symptoms linger, look for a doctor who is willing to work with you to identify the actual cause of your joint pain. It is advisable to work with a doctor you trust and who can help you familiarize with your symptoms as well as teach you the best ways to manage them. 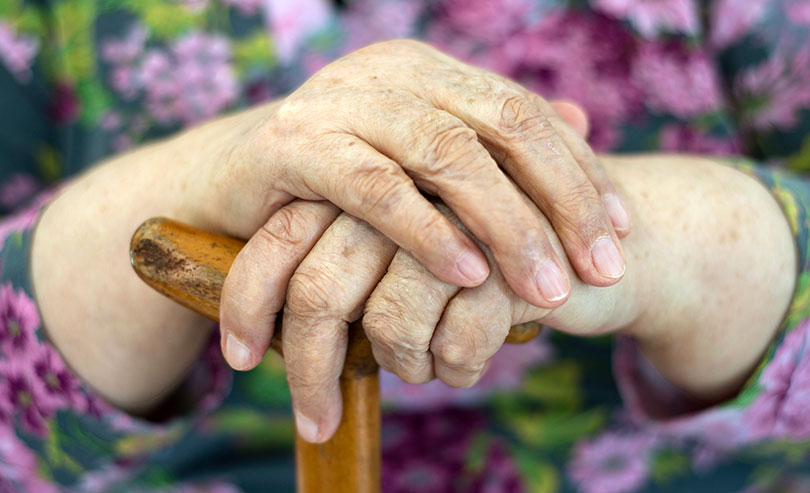 BlogUnderstanding What Carpal Tunnel Syndrome Is

BlogWhat Is the Difference Between Osteoporosis and Rheumatoid Arthritis?

BlogCoping with Feelings of Anger and Frustration
you may also like

Arthritis Coping4 Tips for Getting Through a Gout Flare Up

Arthritis CopingManaging Arthritis in the Morning